He had just broken the world record for eating the most felt pens. He was only 2 years of age when it happened, the other kids in his kindergarten through his food all over him so he had no choice but to eat felt pens. Blue, green, red and purple. He ate a total of 55 and a half felt pens and he felt really ill. He woke up the next day to find his hands blue and his feet red, his face green and his tummy was purple! Click, camera flashes everywhere he was famous for eating felt pens! 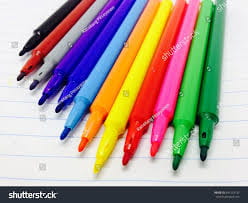 Last week the year 7&8s were at tech so all the year 6s did lots of fun stuff. On Monday we did ukulele, we also started writing a narrative piece called catch it which I enjoyed most on Monday. On Tuesday we did more ukulele and I finished my catch it piece and then did baking. We made scones ( apricot jam is the best with scones) . On Wednesday we did coding with kid bots, mine was not coded very well and it went into the bush:(. On Thursday we did an experiment about water tension. We did scratch on the computer and I made a fox fly over buildings. Then we swapped classes with room 2, they did ukulele we did gymnastics. On Friday the year 7&8s came back and we had E-CAN  lady come and talk to us about pests and the food chain. 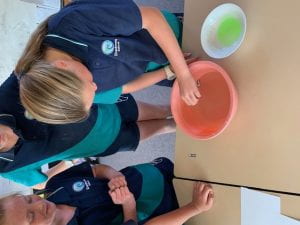 In Africa, The Meerkats (meerkats rugby team) were preparing for something big, they were growing a fruit on a tree outside of their home, for the ARWC (Animal Rugby World Cup). After tending it for weeks, Bob the captain of The Meerkats, said it would be ready tomorrow. 2 hours went by of tending the fruit  when a shadow was cast over the ground, it was Morris the dumb captain of The Vultures in the ARWC. He glances at The Meerkats, but his gaze landed on the fruit for the ball of the ARWC. Whoosh, in a blink of an eye Morris was gone as well as the fruit, which was clutched in his talons.

Bob commanded everyone to chase. They ran, jumped  and tried to grab the fruit from  Morris’s talons but got tossed on the ground. They come up with a new plan, Bob first and the others follow – they make a meerkat chain. The Meerkats were now airborne, holding on in one long chain to Morris’s leg. Morris went crazy trying to shake them off, he succeeded and tried to clasp tighter onto the fruit, but it was gone. Bob clung tight to the fruit as he and his team fell.

Morris dived, Bob passed, Morris swooped, Bob’s team passed again. Morris caught the ball in his talons and cackled,he was distracted laughing at The Meerkats. Wham! Morris ran into a cliff and dropped the fruit which Bob ran to catch. Bob and his team had the ball in possession, Bob drop kicked it over the goal post, splat. The ball was no more. How were they going to play Sam Cranes ( The Cranes in the ARWC) team now.  By Kenzie

The tight long sleeve wetsuit made me waddle down the dried out mudslide. Each step felt like I was going to to topple over, but I never did. At the bottom of the mudslide we were at a very little beach there were a mixture of rocks, kelp and dried salt everywhere. Our instructor, Jamie , found a black twisted thing-from where the tide had pushed all the kelp and rocks from the sea. We all said the thing was plastic but it was shark egg! We found lots more shark eggs as we went along the little beach. As we Left the beach, we clambered up the rocks along the edge, we had to swim to an island with so many barnacles it felt like sandpaper.We reached a big rock pool that looked like it had lots of chlorine in it because of its colour. We marched one by one up the Rock and got pushed off, I got 10/10 for landing straightest in the water.All wet and dripping with salty water we scramble up rocks and looked down on the salty water and kelp soup we were soon walking across a ledge, backs pushed to the rigid rockwall, then we each take turns  jumping off another rock, the water is icy cold as we swim towards another island and scramble up and try to avoid the barnacles from  scraping our hands . We all looked at the mussels and one was the size of my palm.We all again jump off the rock into the washing machine ( water swirling you round like crazy), we climb up the rock while the waves are high and when our  instructor, Jamie, got up the rock  we all got a choice of jumping off a 11 foot rock or a little rock,I chose the little rock.In a single file line we walked up to another rock only Half a metre, the water was really shallow so we could choose to belly flop off it or walk in, I chose walk-in with Brooke and Neve.We swam up current heading back to the Little Beach, when we climbed up the rock we were walking in ankle deep water we could see the little Beach from there, one last Rock, we could choose to walk back to the beach or swim back, I chose swim back, when I jumped in all I could feel was water and a slimy kelp. Every time I kicked my legs I could feel kelp. When we made it back we all climbed up the mudslide turning dirt  that stuck to us to mud. A tiring climb up we finally made it  took 2 car trips to get our whole group to camp. We got sprayed down with water to clean us and had to “Dunk it like you mean it” our wetsuits and  PFDs. ( personal flotation device) 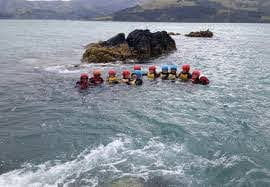