This term we red a book called See you in the cosmos and it is about a 11 year old boy called Alex. Alex thinks his dad dies when he was 3 and his mum has something wrong with her so he looks after himself, he also has a 24 year old brother who doesn’t live with him. He loves rockets so he goes to a rocket festival and launches a rocket he made then he travles round the country finding out alot of things that he wanted answers.

It is a book I definitly wouldn’t have read if we hadn’t read it in class but I liked it. The book was cool but it got really confusing at some points and I didn’t understand it.

My favourite character was Alex because he was funny.

People that I think would like to read this are poeple that like reading stories could of happened. 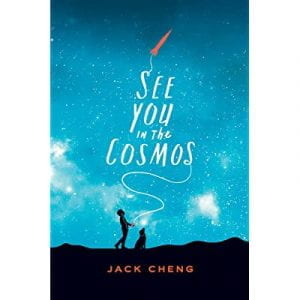